Stenton Fall Facebook LIVE Series: PROVENANCE IS PARAMOUNT Stenton’s number-one collecting priority is objects with a history of ownership in the Logan family. Many descendants either loaned, donated, or

Stenton’s number-one collecting priority is objects with a history of ownership in the Logan family. Many descendants either loaned, donated, or bequeathed objects to Stenton from its earliest decades as a museum. In 1928, The Colonial Dames officially voted “to refurnish the house as far as possible with Logan things,” which has remained a guiding principle and is part of what gives Stenton its viscerally authentic feeling. 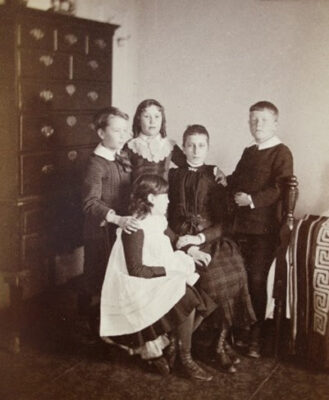 Restalirig Logan (1874-1956). R.R. Logan, who was devoted to anti-vivisection, vegetarianism, and theosophy, avoided giving or bequeathing his inherited family collections to the Colonial Dames for Stenton. Yet in 2021, Stenton exhibits many objects he owned, some on loan from the Pennsylvania Historical and Museum Commission, and some owned by the NSCDA/PA. R.R. Logan sold some of his antiques, and others remained with his Bucks County estate Sarobia, which he bequeathed to the State of Pennsylvania.

Image: Robert Restalrig Logan, as a boy, stands in front of James Logan’s maple high chest, which he eventually inherited and later sold to Antiques dealer “old” Joe Kindig of York, Pennsylvania in 1939-40. 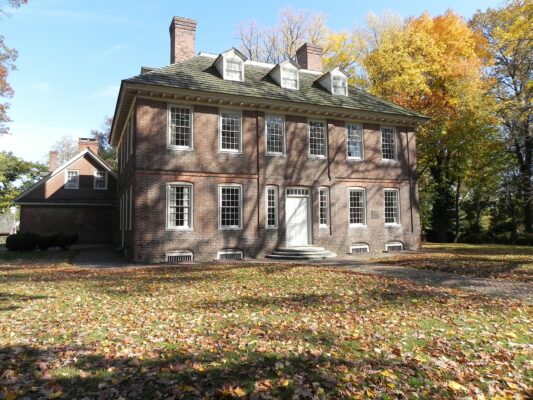 Stenton is one of the earliest, best-preserved, and most authentic historic houses in Philadelphia. Completed in 1730 as a country-seat, plantation house for James Logan - Secretary to William Penn; merchant, politician, justice, scientist, and scholar – Stenton was home to six generations of the Logan family, as well as a diverse community of servants and enslaved Africans, including Dinah, who lived and worked at Stenton for over 60 years. Furnished with 18th- and 19th-century Logan family objects, and remaining in little-altered condition, a visit to Stenton offers an unparalleled experience of early Pennsylvania.information@stenton.org 4601 N. 18th St. Philadelphia, PA 19140