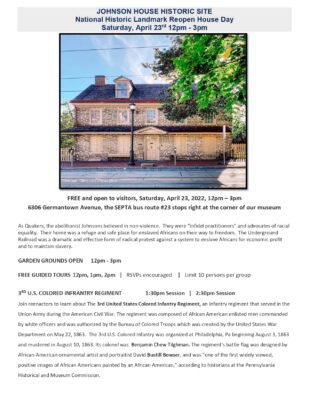 Join reenactors to learn about The 3rd United States Colored Infantry Regiment, an infantry regiment that served in the Union Army during the American Civil War. The regiment was composed of African American enlisted men commanded by white officers and was authorized by the Bureau of Colored Troops which was created by the United States War Department on May 22, 1863. The 3rd U.S. Colored Infantry was organized at Philadelphia, Pa beginning August 3, 1863 and mustered in August 10, 1863. Its colonel was Benjamin Chew Tilghman. The regiment’s battle flag was designed by African-American ornamental artist and portraitist David Bustill Bowser, and was “one of the first widely viewed, positive images of African Americans painted by an African American,” according to historians at the Pennsylvania Historical and Museum Commission 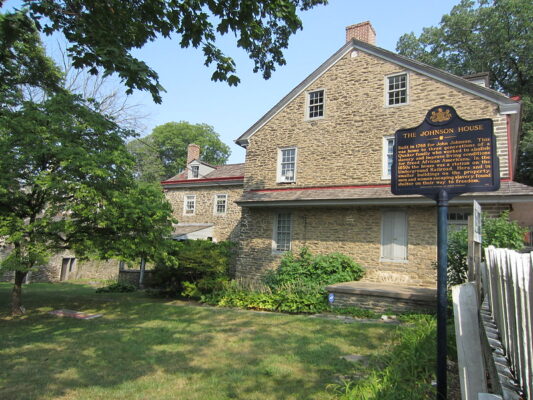