On November 14, Ticket holders will receive the link to the film version of Tea with Frederick Douglass to watch anytime. The 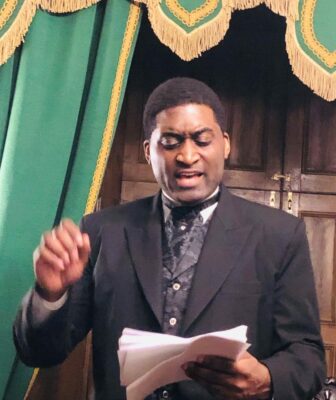 video platform Vimeo allows you to see the movie on your smart television or Roku.

In 1844, at the age of 26, Frederick Douglass was invited by abolitionists to speak on the lawn of Independence Hall. Douglass had a natural connection with Philadelphia as this was the first Northern city he came to upon his escape. It is a testament to Douglass’ courage that he came to Philadelphia, so close to his old master’s state of Maryland, to give this speech.

Written and directed by Shav’on Smith