“The House Beautiful” – The Aesthetic Movement and the American Home ZOOM illustrated talk: Between November and May 1876, ten million people visited the Centennial Exhibition in Philadelphia.

“The House Beautiful” – The Aesthetic Movement and the American Home

ZOOM illustrated talk: Between November and May 1876, ten million people visited the Centennial Exhibition in Philadelphia. 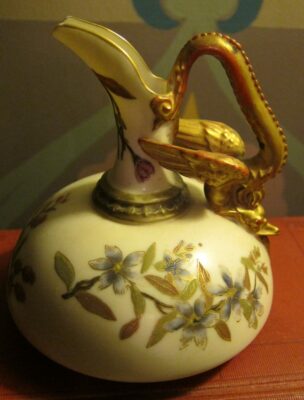 Some of the most prominent members of the British Aesthetic Movement participated in this international event introducing Aesthetic ideas to the American public. Aestheticism was an artistic movement that originated in Great Britain in the 1850s and 1860s as a reaction against the perceived excesses and deceitfulness of mid-nineteenth-century art and decoration. The artists and designers associated with the movement held strong views about the place of art in everyday life and sought to reform the domestic environment by introducing art in home design and decoration. The decoration of one’s home was the source of much preoccupation in the 1870s and 1880s in England and America. How could the average homeowner be expected to have the artistic sensibility required to recognize and create the beautiful and truthful? In this lecture, we will explore the origin and evolution of the “artistic” interior and identify its main elements, reflecting on evolving notions of taste and beauty and their impact in transforming how people lived and the spaces they called home.

Ticket holders will receive the ZOOM sign-in information on Friday, January 15, and then again on Saturday, January 16