Exhibition on view in the Upper Burying Ground [selected days] 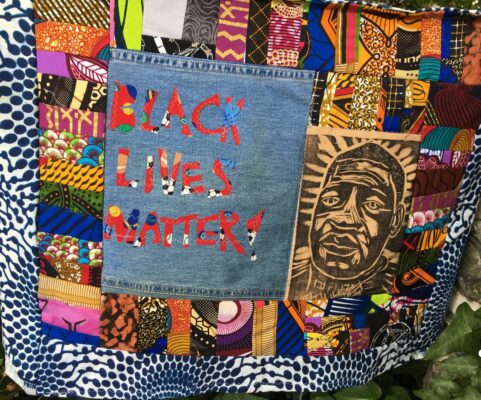 Further information on the exhibition and viewing dates.

Football player Colin Kaepernick really made us pay attention to professional football. In silence, he took a knee and lost his career to make people see. Black Lives Matter.

Images of Colin, along with Angela Davis, Trayvon Martin, Breana Taylor and George Floyd were the 5 prints carved and editioned for International Print Day on May 1, 2021. In this year’s litany of black lives taken, George Floyd was a grisly poster child whose murder inspired worldwide protests. The cop who leaned on his neck for 9 plus minutes extinguished the vibrant life of a loving dad, son, uncle, as if he did not matter. Black Lives Matter.

Breonna Taylor slept in her bed. Teen Trayvon Martin had a taste for Skittles. Before and after Floyd, scores of black boys and girls have been murdered by legally enabled cops. As if black children don’t deserve a future to flourish, be foolish, find themselves, become formidable. Black Lives Matter.

“Racism is so American, that when we protest Racism, people think we protest America.” Not my words, but a prevailing sentiment. Racism Kills, Black Lives Matter. 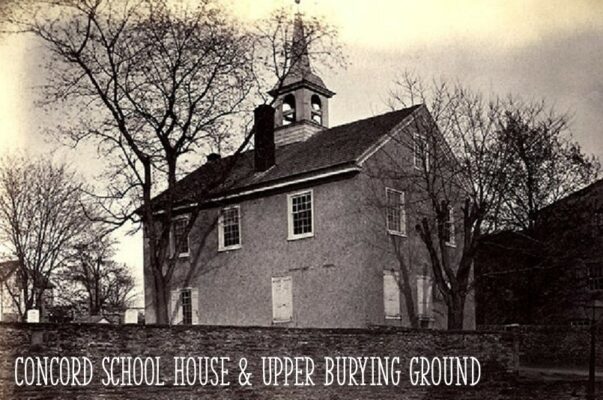 Established in 1693, the Upper Burying Ground is one of the two oldest cemeteries in Germantown and one of the oldest in the Philadelphia region. The Concord School House, built in 1775 and expanded in 1818, is an intact nineteenth-century schoolroom which occupies a corner of the Burying Ground.info@concordschoolhouse.org 6309 Germantown Avenue, Philadelphia PA 19144